The Jesuit Missions of Chiquitos is located in the northeast of Bolivia more than 200 kilometers from the city of Santa Cruz de la Sierra; these places were founded by the Jesuits towards the end of the 17th Century – the same who lived in Chiquitan lands for less than a century.

The buildings – built between the years of 1691 and 1760 – are found to be admired by many of those who visit the Jesuit Missions due to their mestizo baroque architecture, the highlighting of their paintings, the splendid golden altars of their temples, their colossal columns constructed of wood, and a variety of beautiful carvings that adorn the altarpieces and pulpits of their temples. The Jesuit Missions are a testament to the missional acts of the Jesuits and the importance and richness of their baroque music – the same which had been composed by the Missions and whose scores constitute a unique collection in the Americas that have been conserved in the “Archivo de Chiquitos de Concepción” and which are actually still utilized; the high artistic level and profound cultural significance of the missional acts motivated UNESCO to declare in 1991 the Missions of San Javier, Concepción, San Miguel, San Rafael, Santa Ana, and San José de los Chiquitos as a World Heritage.

San Javier (the most antique of the Missions) was founded by the Jesuits in 1691 and was in reality a music school headquarters as well as a workshop for the creation of musical instruments; today it is used for agriculture and livestock. The rusty aspect of its dirt roads and large traditional houses – with adobe decorated walls and shaded galleries with wooden columns that were created with missional motivation – create an ideal environment that supports and demonstrates the majesty of the Missions and their organization.
Tourist Attractions: The Plaza, the Church with the greater altarpiece, the Misereen Chapel, the Confessionals, and the bell tower

Founded in 1706, Concepción is characterized by the ease and serenity of its streets besides having a great variety of orchids; it possesses the most imposing religious temple – and, its wooden belfry (along with the temple) is an outstanding element that is considered to be the gem of the Missions’ architectural complex. Within Concepción, the Jesuit past is revived with the greatest frequency during the celebrations of Holy Week.
Tourist Attractions: The Plaza, the Bishopric, the Cathedral of the Apostolic Vicariate, the bell tower, the Confessionals, the Musical Archive, the Missionary Museum, and the Anthropological Museum.

San Ignacio de Velasco was founded in 1748 and is considered to be the biggest village in the Missional route; its main entrance is via the Park of Noel Kempff Mercado. The village is characterized by the re- valuing of the missionary past which is embodied in the creation of craft workshops for ceramics, furniture, hammocks, embroidery, and leather accessories.
Tourist Attractions: The Church of San Ignacio de Velasco, the Pulpit and the Confessionals, artisan workshops, the indigenous community of San Juancito, the coffee plantations, and a place where you can enjoy a beautiful view of the landscape (Mirador del Cristo).

Founded in 1698, San José de Chiquitos is a village that is a little bit different than what would be considered as a Missions village due to most of its buildings’ construction being completed in stone; the absence of the tall trees that are used in the acts of the other missional churches for the large columns of the facade – as well as the presence of stone and limestone deposits – are what differentiate San José de Chiquitos from the others.
Tourist Attractions: The historical Park of the Old Santa Cruz, the Valley of the Moon, Cerro Turubo, the cave paintings, and craft workshops

Mission of San Rafael was the second place founded in 1696 and has the peculiarity of having an abundant ornamentation of gold leaf and mica which are very frequent in the region. The lateral altarpiece on the right side presents a statue of the Virgin Mary which is the most important of the Missions.

The last Mission (Mission of Santa Ana) was founded in 1755 – only 12 years before the expulsion of the Jesuits. At the time of the retreat of the Jesuits, the construction of the church had only just started; it was completed by the natives. The result of the completion of the church is characterized by a sober country aspect, as well as reduced dimensions in relation to the other churches and buildings. Surrounding its exterior, one can see simple-looking houses that reflect the Jesuit time period. The responsibility of taking care of the church constitutes an honor that is passed from father-to-son – mother-to-daughter – throughout the generations.

06:30 AM – Personal pickup from your hotel in Santa Cruz and then touristic transport via an asphalted highway to San Javier; during the transportation, we will pass by the typical villages found in the tropics. Upon arrival to San Javier, we will visit the first and most antique of the Jesuit Missions – founded by the Jesuit, Francisco de Arce, in 1691 as the Mission by which the Jesuit evangelism in the Chiquitan territory began. After visiting the Mission, we will also visit the Missional Museum, as well as the school of music. After lunch, we will then visit Piedra de Bibosi (Stone of Bibosi in English) which offers a breathtaking view of the landscape.
AFTERNOON – We will return to the city of Santa Cruz.
End of Services

08:00 AM – Personal pickup from your hotel in Santa Cruz and then touristic transport via an asphalted highway to San Javier; during the transportation, we will pass by the typical villages found in the tropics. Upon arrival to San Javier, we will visit the first and most antique of the Jesuit Missions – founded by the Jesuit Francisco de Arce in 1691 as the Mission by which the Jesuit evangelism in the Chiquitan territory began. After having lunch, we will make our way to Concepción where we will find accommodation in the selected hotel for the night.
HOTEL IN CONCEPCIÓN: Provides a hotel room with private bathroom + breakfast.
Included: Private transport, tour guide, entrance fee, lunch + hotel.

After breakfast, we will visit the church in Concepción which is a true architectural gem and also the most important Jesuit Mission workshop in terms of restoration; a tropical weather climate accompanies the beauty of this small and cozy village.
NOON – We will enjoy lunch and then return to the city of Santa Cruz in the afternoon.
Included: Private transport, tour guide, entrance fee + lunch 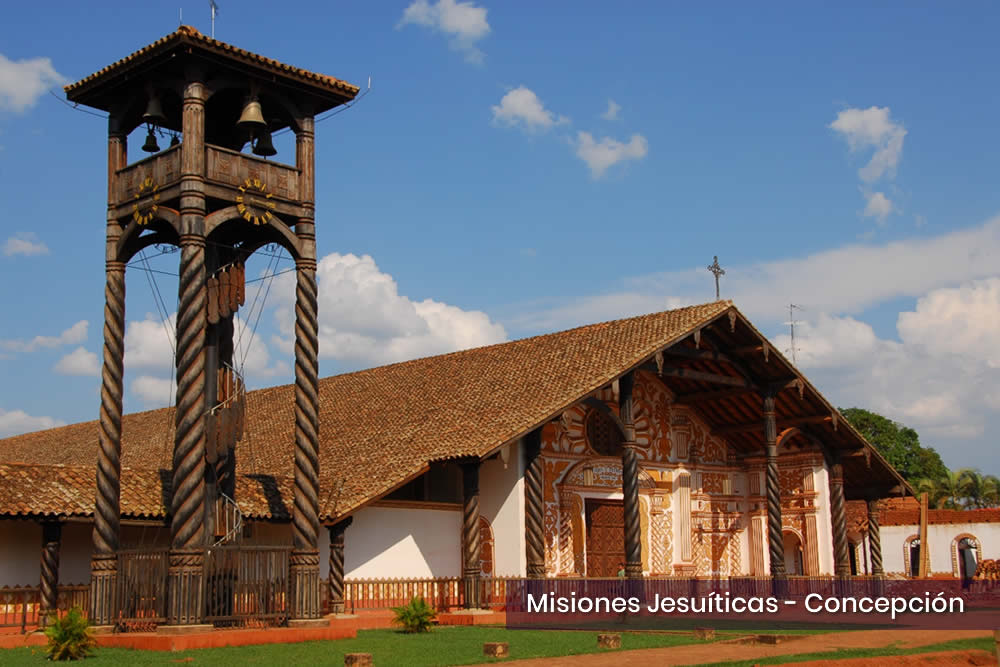 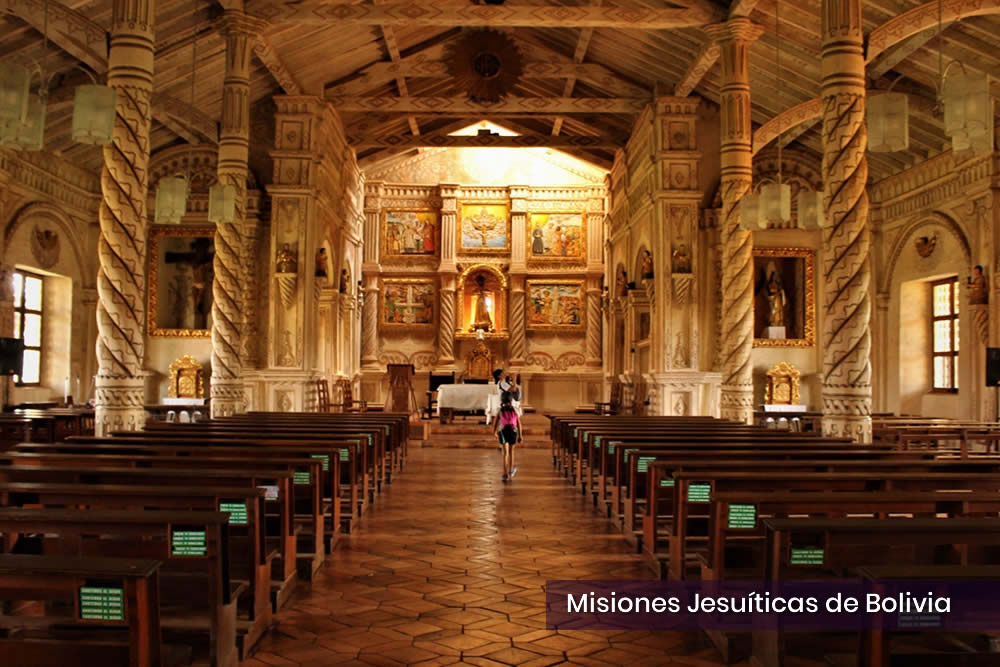 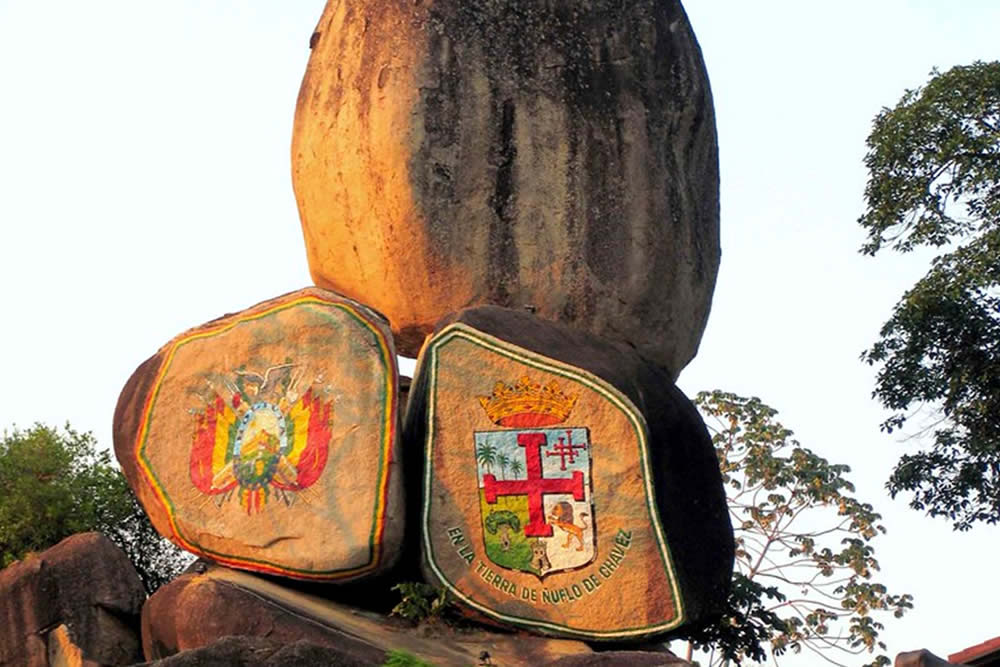 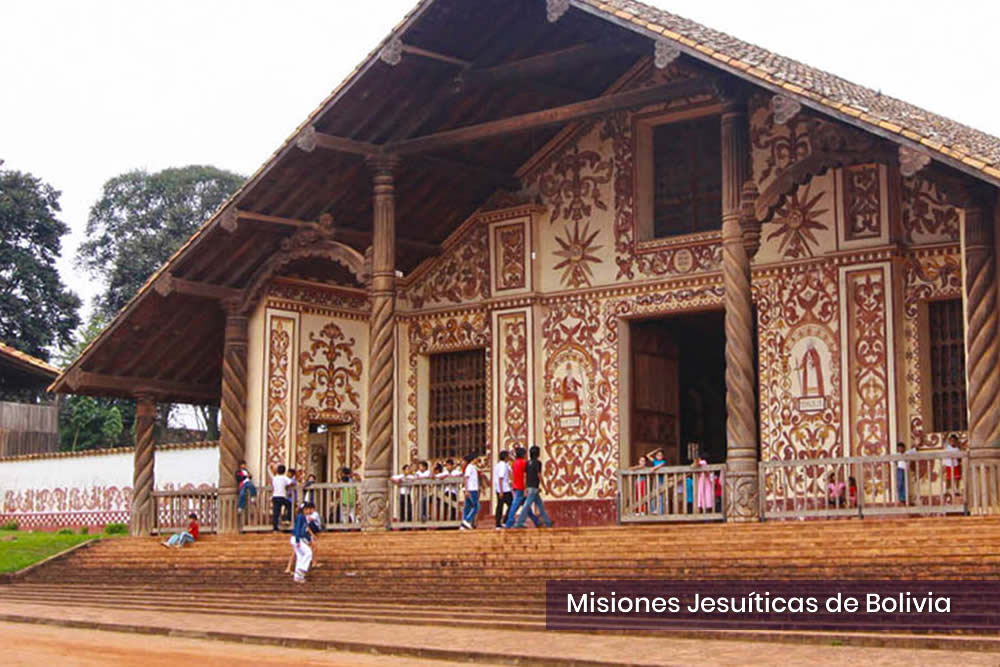 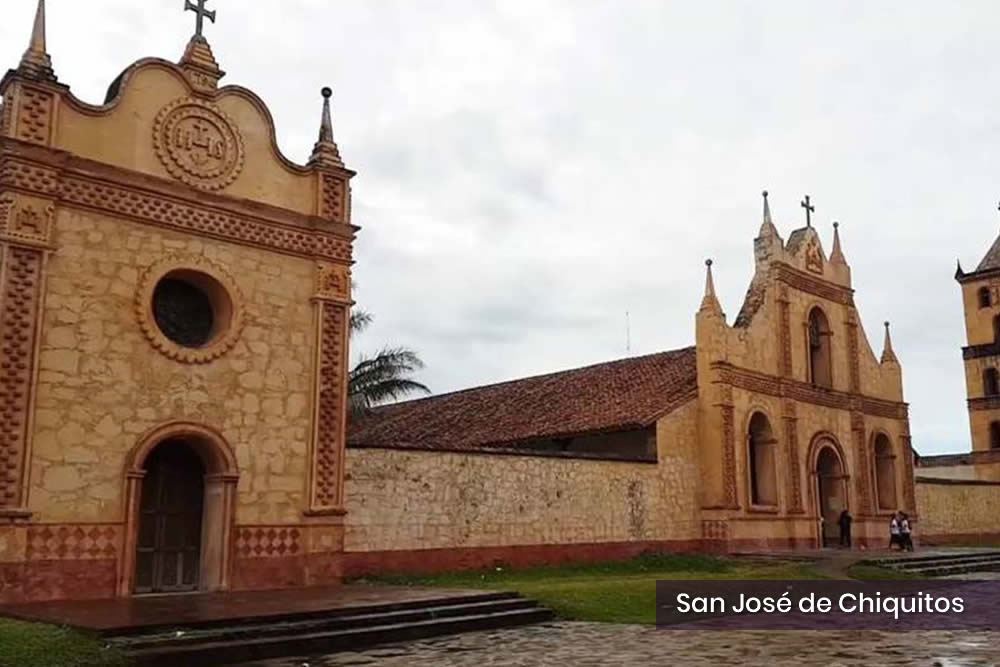 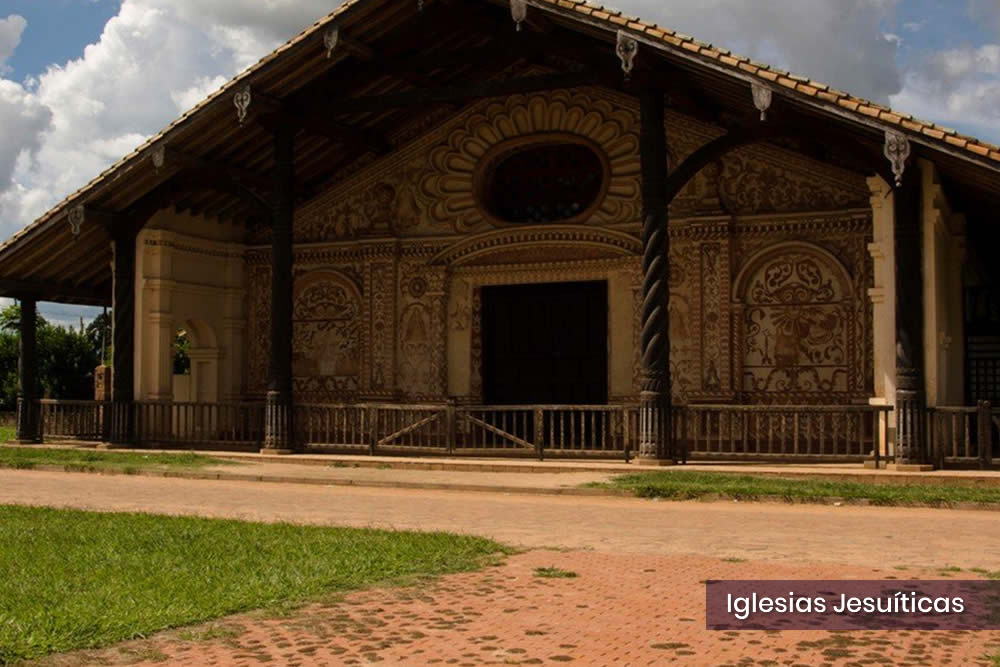 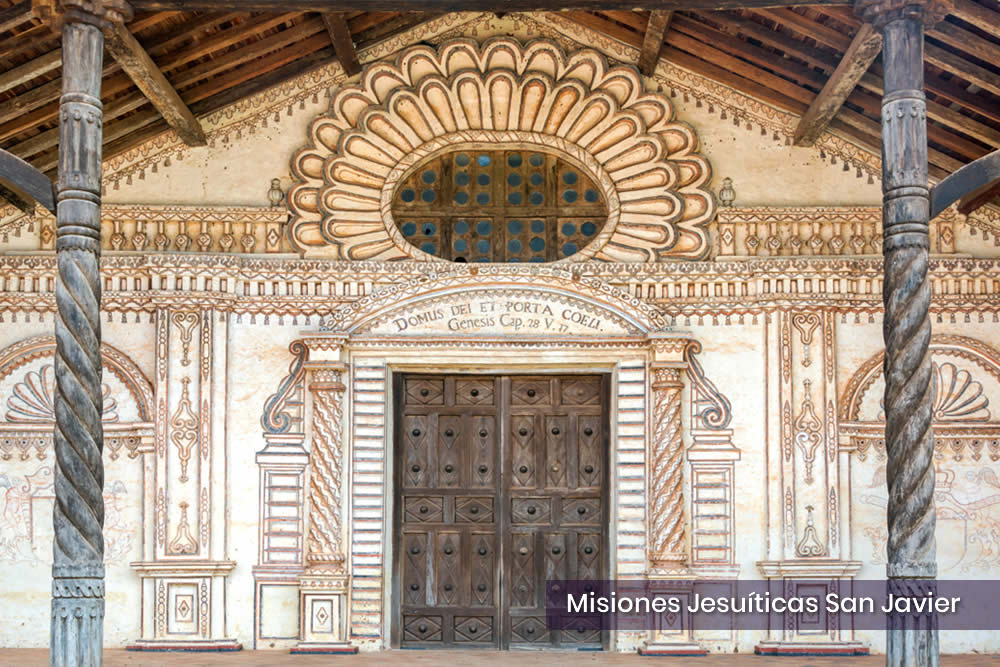 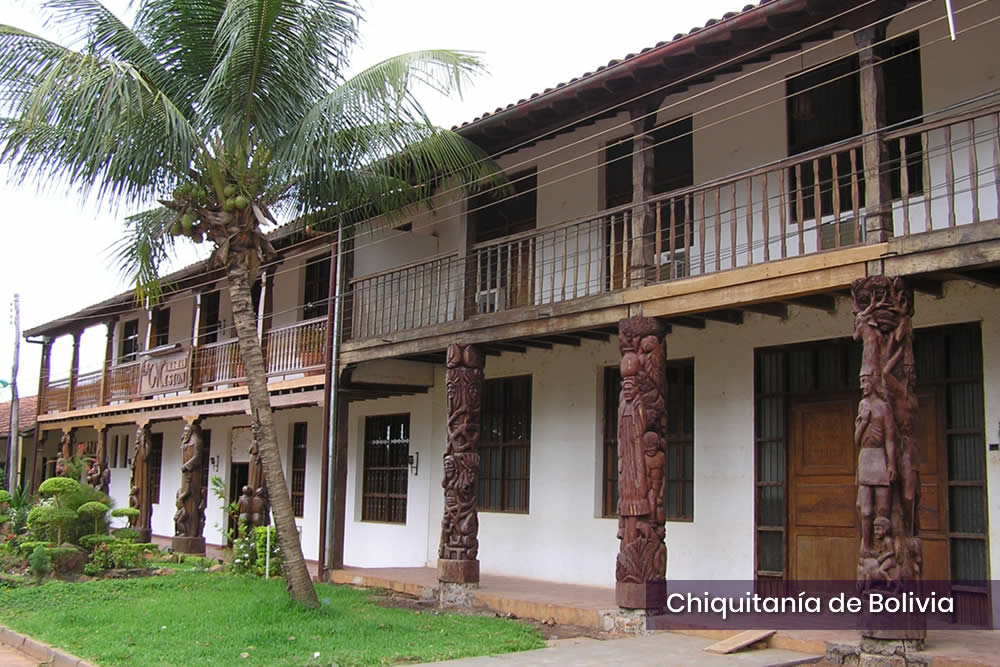